His research has generated 260 papers and 60 book chapters, which have received over 12000 citations and an h index of 62 (google scholar). He has edited 13 textbooks published by major houses, some of which translated into 5 languages.

He is Fellow of the Royal College of Surgeons of Edinburgh and an elected Fellow of the Institute of Materials, Minerals and Mining, and the first dentist who was awarded the Fellowship grade of membership from both, the Royal Society of Chemistry, and the Institute of Physics (UK). Prof. Eliades has been Visiting Professor at King’s College London, affiliated with institutions in the US and Europe (Texas-Houston, Marquette, Manchester and Bonn), served as the Editor-in-Chief of theJournal of Dental Biomechanics, Associate Editor of the European Journal of Orthodontics, the American Journal of Orthodontics and Dentofacial Orthopedics, and the Progress in Orthodontics.

Work under his supervision has received the Bengt Magnuson prize of the International Association of Paediatric Dentistry, the FEO award of the European Federation of Orthodontists, and thrice the WJB Houston research poster award of the European Orthodontic Society. He has co-supervised and/or examined 50 theses at Universities in the US (Marquette), Europe (Zurich, Bern, Basel, King’s, Oslo, Bonn, Athens, Thessaloniki), Middle East (Hamdan Bin Mohammed, UAE), and Australia (Adelaide). 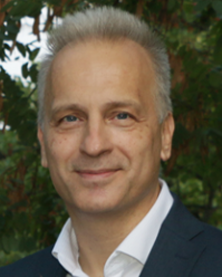 The area of his expertise includes a spectrum of topics extending from materials science, to clinical aspects of materials application and treatment efficiency, biological properties of materials, dental hard tissues and bonding, and mechanics of materials and tissues.

This research has featured application of advanced analytical instrumental analysis in orthodontic research such as X-ray photoelectron and Auger electron spectroscopy, and award-winning novel methodological approaches in physicochemical and mechanical characterization of the condyle cartilage; his work has also paved the way for retrieval analyses of orthodontic materials contributing the first systematic analysis of used orthodontic biomaterials.

His 14-year long academic service at the Aristotle University of Thessaloniki, Greece and at the University of Zurich, Switzerland included sabbatical leaves at the Laboratory for Cell Proliferation and Ageing at the National Center for Scientific Research ‘’Demokritos’’ in Athens, Greece, where he worked on the xenoestrogenicity and biological reactivity of polymeric orthodontic biomaterials publishing the first evidence of such an effect in the orthodontic literature.

EDITORIAL BOARD
KOREAN JOURNAL OF ORTHODONTICS 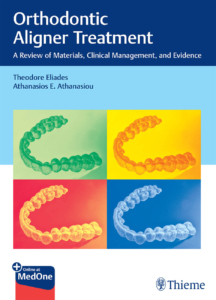 Stability, Retention and Relapse in Orthodontics

Plastics in Dentistry and Estrogenicity

A Guide to Safe Practice

A Guide to Understanding Orthodontic Research

A guide for medical and dental students

View the publications of Theodore Eliades on Google Scholar
View

View the publications of Theodore Eliades on Research Gate
View

View the profile page of Theodore Eliades on Expertscape 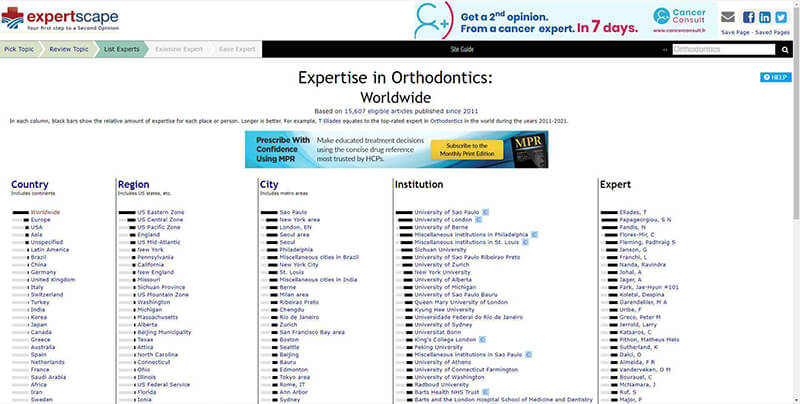 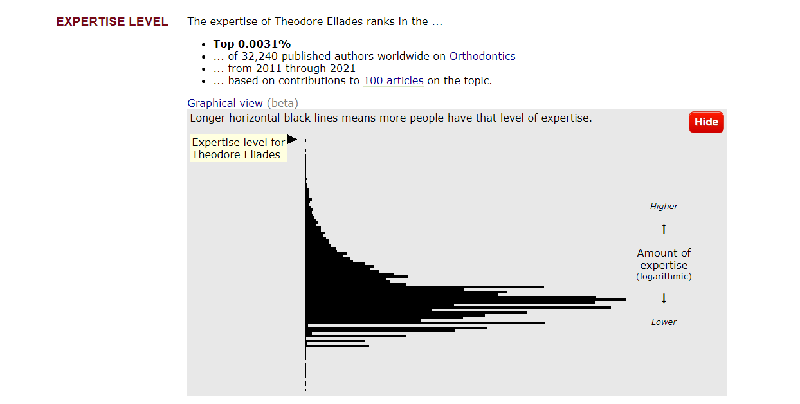 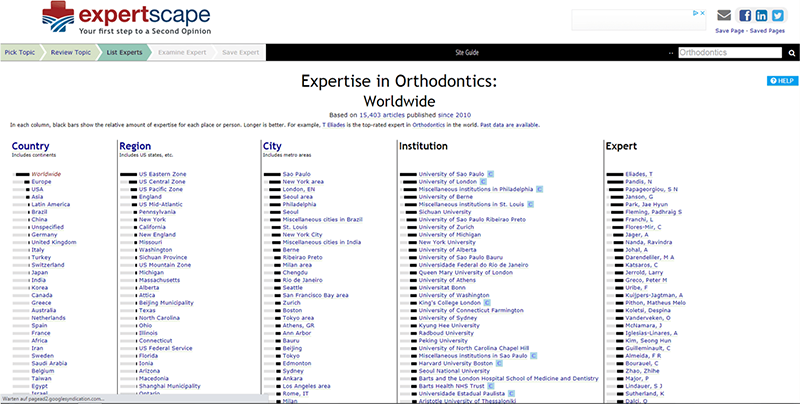 View the profile page of Theodore Eliades on iCite, a NIH's dashboard of bibliometrics for papers associated with a portfolio 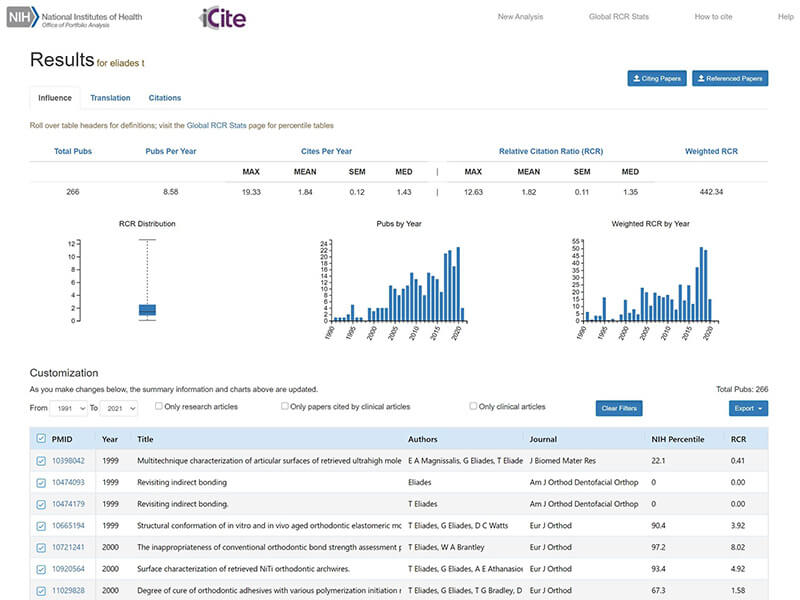 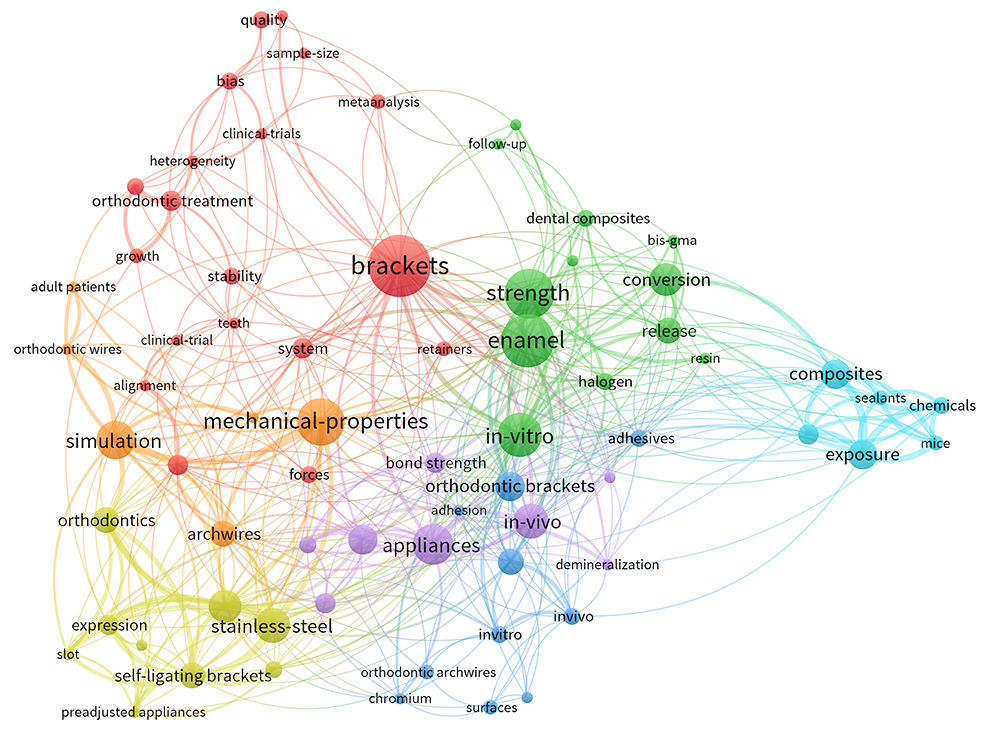 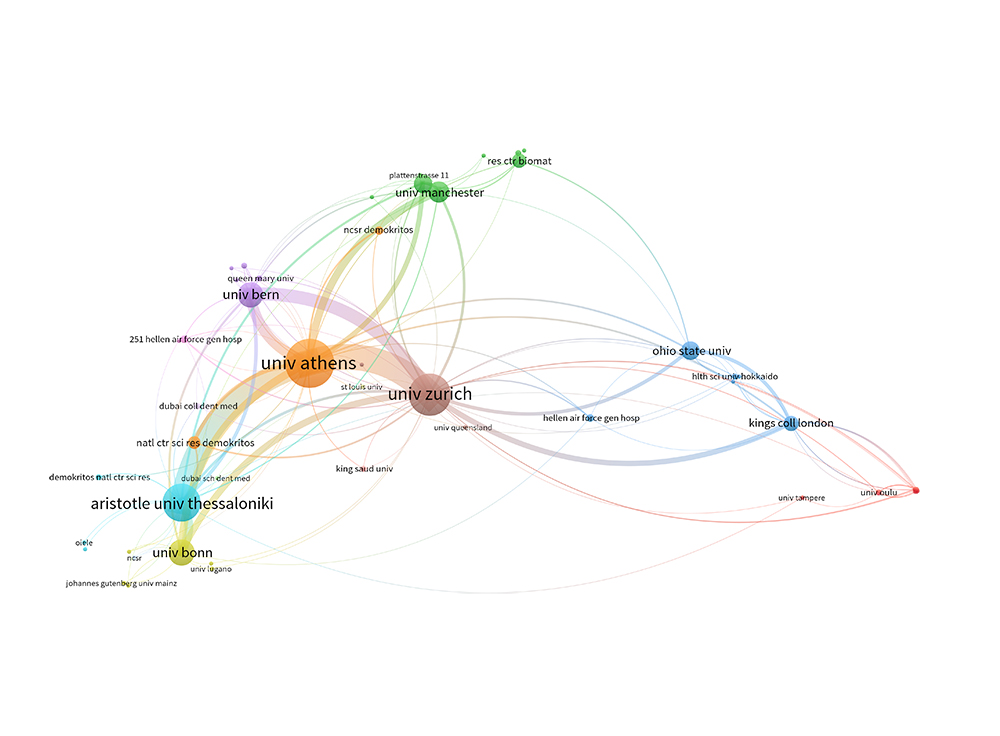